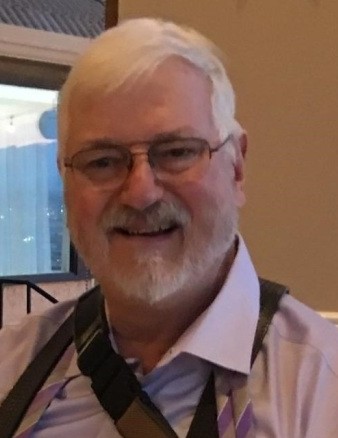 Ed was born in Wilmington, Delaware on March 28, 1944. He graduated from A.I. duPont High School in 1963. He went on to enlist in the United States Airforce in 1965 and was stationed at F.E. Warren Airforce Base in Cheyenne, Wy. It was here where he met his beloved wife, Helen Condra on a blind date.  He served in the Vietnam War as a helicopter mechanic in 1967. He was very proud and honored to serve his country. After the Airforce, he continued working on helicopters in the Artic. He then chose a career as a Golf Course Superintendent. He worked at four different golf courses throughout this career. He retired from Fitzsimons Golf Course in Aurora in 2010. Ed served and volunteered on many boards for the town of Monument.  He was known for his kindness, sense of humor, and good loving nature.  He loved riding motorcycles, four wheeling, camping, and hunting. Ed cherished his time with his wife, kids, and grandkids.

Ed is survived by his loving wife of 53 years, Helen, his daughter, Michelle and his son, Brian. He has three grandchildren: Jordan, Ashli, and Colton plus a great-grandchild who will be born in June. He is also survived by his brother, Jim, his sister, Peggy, brother-in-law, Rowan, sister-in-law, Beverly and many nieces and nephews. He was preceded in death by his parents, Bill and Florence and brother Bill.

There will be a celebration of Ed’s life on April 17th between 1pm – 3pm in his backyard. In lieu of flowers, donations in Ed’s name can be made to Cal-Diego Paralyzed Veterans of America at 3350 La Jolla Village Drive, Suite 1A-118, San Diego, CA 92161.

A service summary is not available

Plant a tree in memory of Edgar "ED" DeLaney

Uncle Eddy will remain in our hearts forever. Big hugs to all...
Love
Erin

A Memorial tree was ordered in memory of Edgar "ED" DeLaney.  Plant a Tree

A Memorial Tree was planted for Edgar "ED" DeLaney

Plant a tree in memory of Edgar "ED" DeLaney